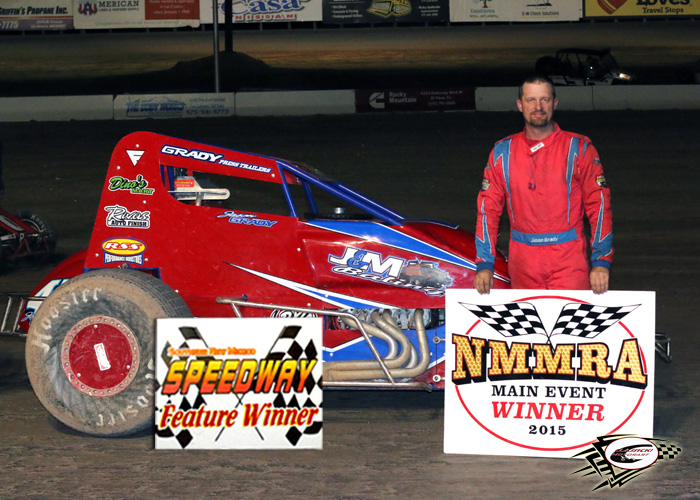 A great show was put on by the NMMRA 360 Wingless Warriors as thirty-four checked in. In the main John Carney II lead early using the top until it went away and Jason Grady took it on the bottom to win the Wingless Warrior main event.

Terry Tipton from Duncan, Arizona lead the opening laps until Philip Houston took the spotlight. In the closing laps Jacob Gallardo and Houston went side by side for the lead until a late caution came out. Jacob Gallardo would win the USRA Modified main event.

Cameron Martin would show the way early in the Street Stocks until Rick Boulter came to the lead. Lloyd Turner tried catching him but couldn’t. Boulter would win the USRA Street Stocks.

Alex Esquivel stepped up his game in Legend competition. Alex lead the opening laps until Dusty Riggs got around and put everyone on time out.