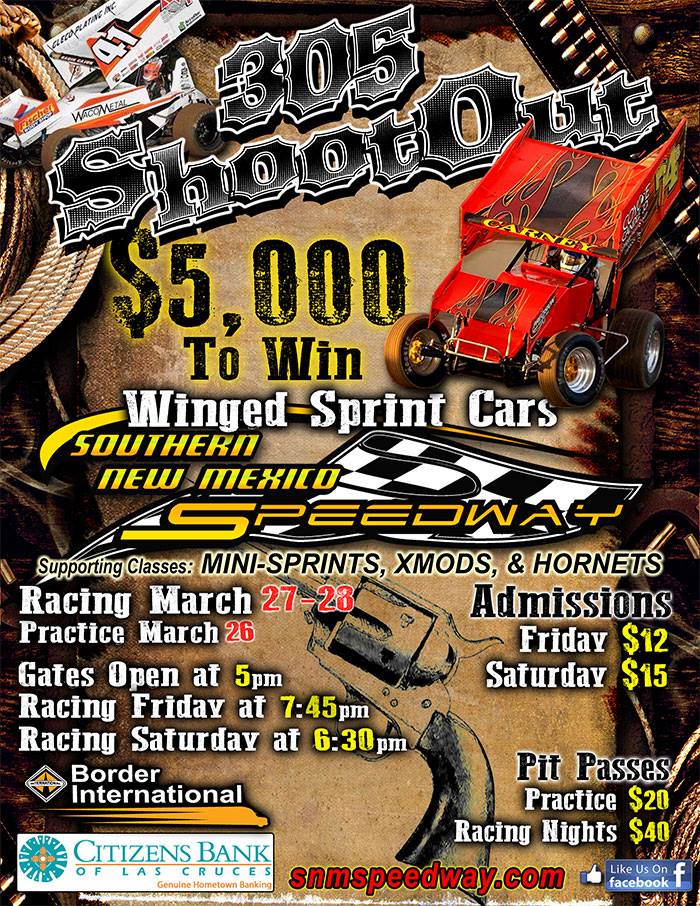 Sprint Cars take to the Southern New Mexico Speedway clay oval for the first time in 2015 in the most intense fashion with a $5,000 winner’s share up for grabs at next weekend’s Sixth Annual Border International Trucks 305 Shootout.

John Carney II, the father-son duo of Lorne and Wes Wofford and Royal Jones are among a host of 305 Sprint Car aces expected to battle it out for top 305 Shootout honors.

Carney II has taken 305 Shootout honors twice before, including the inaugural version in 2010 and then again in 2012.  Wes Wofford won the 2011 version with Lorne Wofford victorious in 2013 before Brady Bacon bested the field in 2014.

Detailed 305 Shootout entry and payout information is available at www.snmspeedway.com/clientfiles/images/files/305-Sprints-Registration.jpg.

Southern New Mexico Speedway is located west of Las Cruces off I-10 Exit 132, then south to Frontage Road and then 3.1 miles west on Robert Larson Boulevard.  For more information, contact the track at 575-524-7913 or check online at