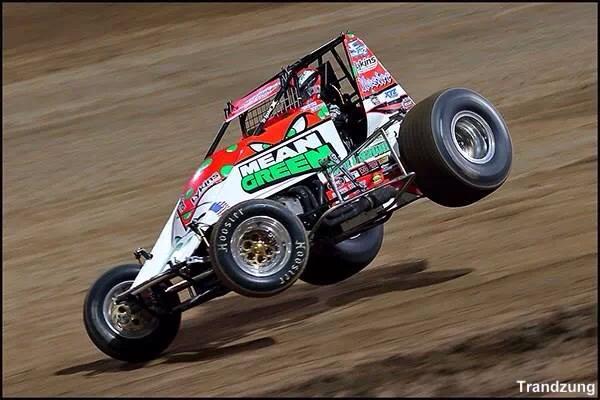 The richest non-wing 360 sprint car show ever in the Southwest kicks off tonight as the Southern New Mexico Speedway in Las Cruces, N.M., hosts the inaugural “Thanksgiving Bash” on Friday and Saturday, Nov. 28-29.

With a whopping $10,000 top prize and at least $500 to start Saturday night’s main event, the nation’s best and brightest open-wheel stars are expected for this blockbuster event at the historic 3/8-mile semi-banked clay oval.

“We are very excited for our fans and sponsors to be able to host a great show like this at Southern New Mexico Speedway,” said the track’s general manager, Rue Stone. “Since making the announcement, our phone has not stopped ringing with drivers calling in to let us know they will be here. It’s going to be huge.

“This is the biggest non-wing sprint car race in the history of the Southwest, and one of the highest-paying 360 sprint car races ever held in the United States. We are proud to be hosting this mega-event for traditional sprint car racing, and the fans will not be disappointed.”

Sanctioned by the United States Auto Club (USAC) Southwest Sprint Cars, the event will be a non-points race. This show is all about the cash and ego.

Fans will also be able to cheer on local aces John Carney Jr. of El Paso, Texas and Rick Ziehl of Las Cruces as they challenge America’s best of the best for the $10,000 top prize.

Other classes rounding out the racing card both nights include USRA Modifieds, Casa Nissan Legends Cars and Non-Winged Mini-Sprints. Modified racers will compete for $1,000 to win with 2014 USRA Modified national champion Fito Gallardo leading a host of power merchants in the division.

Spectator gates open Friday night at 5 p.m. with racing getting underway at 7:45. On Saturday, gates open at 4 p.m. with the first heat race at 6:30.

General admission is $15 Friday and $20 Saturday, or a two-day pass may be purchased for $30. Military personnel get $5 off their ticket price. Kids ages 10 and under get in free both days. Pit passes are $40 each day.